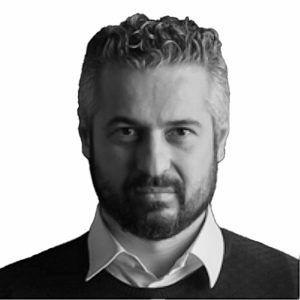 He works as an employee for about 7 years. He becomes a member of the Unilab Dental Laboratory of Foschi, Giunchi and Cattin snc. in Ravenna in February 2002 dealing mainly with total mobile prosthetics. In 2006 he attended the Total Prosthesis course, from the diagnostic phase to the realization, at the Ivoclar Antonio Zollo speaker.

In 2008 he started working at Overdenture and Implant Prosthetics Toronto. In 2009 he delves into the Gerber technique with the dental technician Davide Nadalini, Candulor lecturer, and learns the coloring technique of the gingival parts and the emphasis on total removable prostheses and implants.

In 2016 he participated in the course New techniques for individualized assembly in mobile prostheses at the headquarters of the Ruthinium Ugo Zambelli Group.

At the end of 2016 he participated in the course «Implant-supporting prosthetics» with dental technician Carlo Borromeo, draftsman Rhein 83. In 2017 he became a speaker for Rhein 83′.

After being in Zurich in 2017 he obtained the Candulor speaker certificate. He approaches the Antlo association in 2018 becoming one of the speakers.