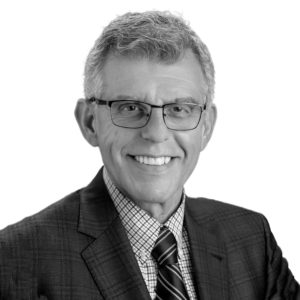 Dr. Gozal is currently the Marie M. and Harry L. Smith Endowed Chair and the Chairman of the
Department of Child Health at the University of Missouri, as well as Physician-in-Chief of the
University of Missouri Health Children’s Hospital. He received his M.D. from the Hebrew
University of Jerusalem, and MBA degrees from Georgetown University and ESADE,
completed his pediatric residency at the Haifa Medical Center in Israel, and then spent 2 years in
Cameroon, West Africa, developing rural healthcare networks, for which he received the title of
“Knight of the Order of Merit”. He then completed his pediatric pulmonology and sleep
medicine training at Childrens Hospital Los Angeles in 1993, and joined the faculty at the
University of Southern California and UCLA. In 1994, he moved to Tulane University, and was
appointed tenured Professor and Constance Kaufman Endowed Chair in Pediatric Pulmonology
Research in 1997. From 1999 till 2009, Dr. Gozal was at the University of Louisville as the
Children’s Hospital Foundation Chair for Pediatric Research, Distinguished University Scholar,
Inaugural Director of the Kosair Children’s Research Institute, and Chief of the Division of
Pediatric Sleep Medicine and the Sleep Medicine Fellowship Program, both of which were
recognized as programs of distinction by the American Academy of Sleep Medicine. From 2009,
Dr. Gozal served as Chairman of the Department of Pediatrics and Physician-in-Chief and CEO
of Comer Children’s Hospital at the University of Chicago, and then assumed the position of
Herbert T. Abelson Professor at the University of Chicago, where he also held the title of
Pritzker Scholar. Dr Gozal’s research interests include projects such as gene and cellular
regulation in hypoxia and sleep disruption, murine models of sleep disorders, and genomic and
proteomic approaches to clinical and epidemiological aspects of sleep apnea in both adults and
children. In addition, he has pioneered biomarker discovery and machine learning approaches for
the diagnosis of sleep apnea across the lifespan. More recently, he has begun exploration of the
role of the gut microbiome and circulating exosomes as mechanistic effectors and biomarkers in
sleep disorders and associated morbidities.

He is Past President of the American Thoracic Society where he was the second pediatrician to
be elected to such high office, was a member of the Board of Directors of the Sleep Research
Society 2014-2016, and Deputy Editor-in-Chief for the journal Sleep, and Associate Editor for
ERJ, and Frontiers in Neurology and Frontiers in Psychiatry. He has been the recipient of the
ATS Amberson Lecture in 2002, and was awarded the William C. Dement Academic
Achievement Award by the American Academy of Sleep Medicine in 2013, and the 2016
Lifetime Achievement Award of the National Sleep Foundation. He has also received two
honorary doctorates from the University of Barcelona and University of Lleida in Spain. His
research work has been continuously supported by grants from the NIH since 1992, he has
published over 725 peer-reviewed original articles carrying a H index of 117 and >58,000
citations (one of the top 3,000 most cited scientists in the world), along with more than 150 book
chapters and reviews, edited 4 books, presented more than 1,000 scientific abstracts, and has
extensively lectured all over the world.